When SES8 rose, with almost perfect station Cape Canaveral, Florida, USA telecommunications satellite SES-8 was a personal victory for the creator Elon Musk Tesla vehicle. It was the first successful launch of Spacex Company with Falcon 9 commercial launch of carrier rocket with a and helped him in the satellite launch market will break the duopoly of European Arianespace and International Launch Services Russia ( predominates with rockets) protons. SpaceX has set its sites in the area 55-60000000 . 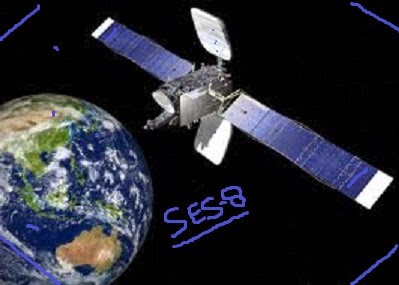 While it was a personal milestone for Musk, the people also saw a victory for the administration of SES Luxembourg, the satellite 100 million U.S. dollars, plunged more than 3.1 tons 50,000 miles above the earth in the orbit. On a GEO-star bus from Orbital Sciences SES-8 built with, SES8 and NSS-6 are placed together at 95 degrees East.

The satellite has 33 Ku-band transponders and is thought both to customers in Southeast and South Asia. “The new satellites will improve coverage in fast-growing countries in Southeast Asia and India and China,” said a company press release.

In South Asia, the transmission capacity for DTH and VSAT services provider in India and the government should provide much needed services. Sources said that due to its location at 95 degrees East, it can boost the leading provider of DTH services in India, Essel group Dish TV India broadcast with NSS6 also owned by SES satellite company. But all offers will be carried out by the arm of India (ISRO) of the Space Research Organization Antrix.

SES plans to launch more satellites in East with SES-9 in 2015 to 108.2 to give a large Ku-band SES-7 satellite is to provide better services in South Asia, Asia provide with DTH broadcasting East and Indonesia.

Although Spacex Company planned ses8 for early 2013 but due to technical problems, the SES-8 launched occur at the end of the year.