The long wait is over for Expat Television viewers last night when the BBC TV channels has shifted to new satellite Astra 2E. 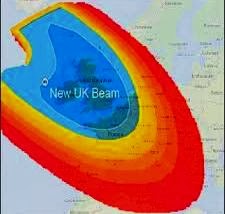 The BBC has issued an official statement that the migration of their freedom to see the channel again on Astra 2E satellite is in the early morning hours of Thursday. This is to improve the view of the UK people (viewers of BBC channels), but can have bad effect on the European television viewers – especially in the south of Spain.

Astra has a coverage footprint map which shows a trace of the television coverage is expected to be published after the move. It seems that the areas of the Costa Blanca , Mallorca and Spain continue to get good reception quality. The Costa del Sol and Almeria in a border area, it is still unclear how the measures affect these areas. Astra footprint coverage map shows the size dish required for each zone.

ITV and Channel 4 are not yet clarify when they will migrate to Astra 1N 2E , but hope that they should soon join the new TV sat.

Many Sky channels including Sky Sports, Sky Movies and Fox channels already shifted to the new satellites this week, after much speculation about the reception in Spain, provides in some regions even better visualization of these channels. In Eastern Europe, the reception quality has declined.

Once the migration is complete, the adjustments are still made ​​by the satellite operator SES Astra, this can affect the quality of reception again.

Loss of the satellite signal for the BBC Portugal Expat

Many people in Portugal with access to television Freesat changed their televisions this morning to find no sign of one of the BBC channels. This is the result of an exchange during Thursday morning with a new satellite.

The loss is not only in Portugal, and readers across the border in Spain confirmed this morning the loss of all BBC channels.

The BBC has recently issued a statement that they moved their channels to the new satellite early morning hours of Thursday.

The services operated by the BBC and Sky Freesat households was in six transponders on SES satellites Astra at 28.2 degrees East.

In February 2012 , one of these satellites (Astra 2D) was removed and BBC services moved to Astra 1N. Astra 1N soon be moved to its final position at 19 degrees East, so that BBC services  transferred on Astra 2D (28.2 ° East).

This happened in the early morning hours of Thursday, 6 February 2014. Care was taken to ensure minimal impact on the audience in the UK, during and after the change, so that no action should the viewer required.

SKY TV services shifted some channels, and so far there are no reports of loss of reception in the entire Iberian Peninsula.