It’s good for online internet TV users! Finally Netflix coming to India.We waited for the major video providers like Netflix streaming to enter India, but no concrete information we got until now, there were rumors and speculation and many question like is netflix coming to india
? when is netflix coming to india? But now according to media reports Netflix plans to finally come in India in 2016. Also this is a bad news for every existing DTH service provider in India, as everyone knows that  how much Netflix offer great attractive streaming and lucrative service. 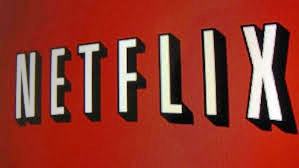 Why Netflix is ​​a big important deal for online internet TV?

Netflix is ​​the leader in the online video streaming service on request and GeekWire has a market share of 36% in the US, leading to more than 40 million users. This is about 3 times the market share of Amazon Prime. Now you can understand what the main DTH operator in India are going to compete with. Netflix has over 62 million subscribers worldwide and can stream video (movies, TV, videos, etc.), whenever they want to watch.

In contrast, DTH operators have no such services in real-time video streaming on demand. In addition, Netflix offers very affordable service plans for SD and HD TV channels, for netflix india price we hope to be even cheaper in India, given the fact that Hooq, another streaming video on demand service, launched its services in India for Rs 199 per month.

DTH players in India are worried that Netflix will steal their market share and therefore the formulation of new strategies to deal with the huge on-demand video streaming provider.

“It’s like Starbucks enterning in India. Everyone knew, but the coffee brands was late to react and Starbucks came and stole the show. We do not want to be caught on the wrong foot,” according to Tata Sky dth officials.

Tech. And net neutrality will play an important role

Netflix in addition to offering cheaper monthly plans in India but an important factor of Netflix subscribers in India affect Internet speed. India is known for slow internet worldwide and has a slow Internet connection in the whole of Asia.

The broadband recommendation to enjoy Netflix online tv service, here is some information on its official website:

The current speed of internet in India is far below what is required for Netflix in SD quality, and that’s why the decision of Netflix to launch in 2016 makes sense. Government of India are working on plans to offer affordable broadband fiber to every home in the country. It is complemented by the introduction of data services Reliance Jio 4G broadband in the country.

In western countries, many Internet Service Providers Internet speed are known accelerators for video streaming websites. India has no net neutrality legislation from now, but is likely in favor of net neutrality.

To seize the main DTH operators to today’s smartphone application path to meet this threat streaming video on demand. The company will soon launch iOS and Android, can provide the user films and videos for a fee.

“Netflix and HBO have demonstrated scalable business models. But much will depend on content and technology. Current transport costs can limit their potential Offer,” said Salil Kapoor Chief Operating of Dish TV.

Only time will tell to what extent Netflix will become popular in India, but much depends on the average speed of Internet in the country and the laws of net neutrality.