Adding top rated TV channels is priority of RealVU DTH service of Bangladesh in the selection of TV packages. The first direct to home pay TV service provider in Bangladesh RealVU, published its content strategy at the World Conference on the content market recently in Moscow. 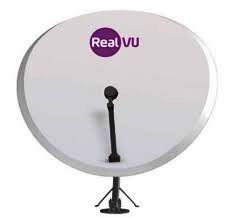 RealVU dth content strategy considered gender preferences of the population, according to a statement by RealVU officials.

A competitive analysis by the content team of RealVU was carried out and based on the result of the analysis, it was decided to focus on TV channels in Bengali, English and regional languages.

Overall RealVU offers subscribers 105 digital TV channels at an affordable price of BDT 300 per month, which includes five HD channels. They work to increase the number of television channels and the expansion pack for the introduction of HD Mega, according to the press release.

“We consider the entertainment demand in the country and we are working to offer best content and top TV channels that our subscribers really want to see. Soon we will add top packages in RealVU from certain channels, including the major networks like Rishtey, Zee Bangla Cinema currently not included in Bangladesh dth service. We have also officially are going to reintroduce disney “Chowdhury Fahriyar, RealVU content management said.

The RealVU dth TV was launched in April 2016 by Beximco Communications Limited, a joint venture between Beximco Group Holdings Limited and GS.