At a press conference, the president of PEMRA, said, three licenses will be auctioned through open tenders. The operation against the illegal use of Indian DTH would continue until disposal. Adding that, despite the protests of cable operators to for the ban of DTH service in Pak, the use of the Indian DTH TV service in a time when Indian army violated the LOC and killing hundreds of Kashmiri people is out of the question. Mr Alam said that the Pakistani DTH would not only be a source of promoting national culture, but also the country’s economic benefit. 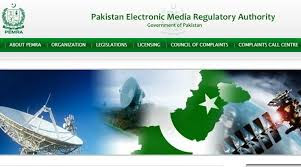 The director of PEMRA also announced that the National Press Club would receive a VHF radio license.

In response to a question about the unlawful termination of the employee benefits of several electronic media houses, he said that PEMRA would take any action according to the law, adding that most cable operators are cooperating with the authorities.

So, it is the best time now for Pak to start first direct to home TV, DTH service in the country with the help of Paksat 1R KU band TPs. Pakistan 1R satellite is capable to provide a good dth service for Pakistan.